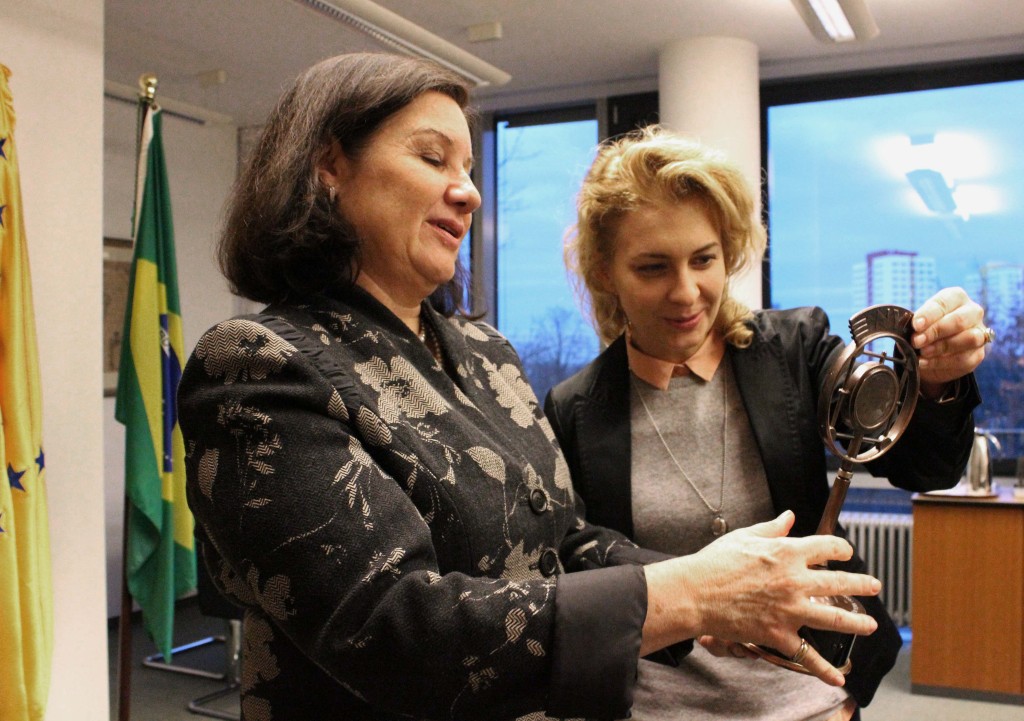 A partnership between JazzRadio and the Brazilian Embassy in Berlin helped secure a top international broadcasting award.

The programme has been sponsored for 10 years since its inception by the Brazilian Embassy, which first proposed the popular title “JazzRio!”, via its former cultural attaché.

JazzRadio’s Joanna Ratajczak presented the latest award at the Embassy to the Brazilian Ambassador, Her Excellency Maria Luiza Ribeiro Viotti, who is six months into her Berlin posting after six years as Brazil’s Ambassador to the United Nations.

JazzRio!, presented by Joanna Ratajczak, is broadcast from 12 noon till 6 pm on Saturdays, with listeners in Brazil itself being a significant part of the online international audience (www.jazzradio.net).

Geschäftsführer Julian Allitt commented, “The winners are selected by an international jury of radio professionals – this is important recognition for JazzRadio”.

He added, “The fact that we are able to set a consistently high standard owes much to the wonderful support we receive from the Brazilian Embassy. We and our listeners owe them a great debt of gratitude.”